Your background determines who you are.

Who you are determines your values and your priorities.

Your values and priorities determine what you do, and what you accept being done.

Now apply that to your work as a technical professional. 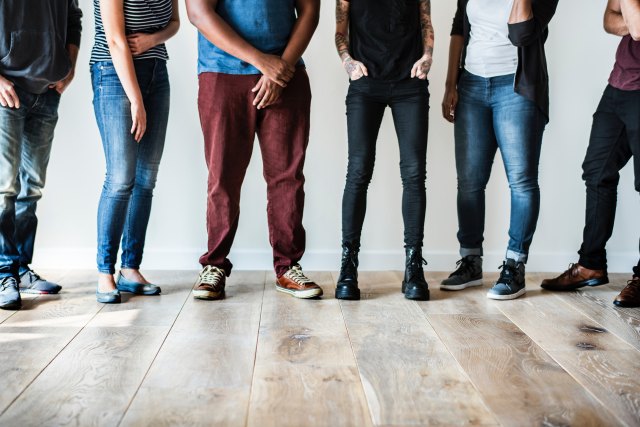 Think for a moment about the team you work with. What is the team breakdown by gender? By nationality? By education? By skin color? By language? By ethnic background? By religion? By cognitive ability?

Now think about the decisions your team makes when deciding what to build, how to build it, and how to determine when it’s ready to ship.

Now consider this excerpt from the article:

Microsoft stated that it was able to “significantly reduce accuracy differences across the demographics” by expanding facial recognition training data sets, initiating new data collection around the variables of skin tone, gender and age and improving its gender classification system by “focusing specifically on getting better results for all skin tones.”

“The higher error rates on females with darker skin highlights an industrywide challenge: Artificial intelligence technologies are only as good as the data used to train them. If a facial recognition system is to perform well across all people, the training dataset needs to represent a diversity of skin tones as well factors such as hairstyle, jewelry and eyewear.”

I’d like to emphasize that I’m not on the Face API team and don’t have any insight into the team beyond this story, but I think it’s probably safe to say that if the team had more darker-skinned men and women as team members, the decision to ship an API with high failure rates for darker-skinned men and women may not have been made.[1] Imagine a developer saying “but it works on my face” in the same tone you’ve heard one say “but it works on my machine” in the past. If it doesn’t work on your machine, that’s when even the most obstinate developer will admit that the code has a problem.

This example of the impact diversity of background can make is significant, but it’s also pretty common. If you follow tech news sites, you’ve heard this story and others like it before. So let’s look at another one.

In systems that you’ve built, how easy is it to change an email address or username? This might be a transactional system, where the email address or username is business key. Or it may be an analytics system, where these fields may not be handled as slowly changing dimension attributes. Think about your Microsoft Account[2] as an example – just how easy is it to change the email address you use for your cloud identity across dozens of Microsoft services?

As it turns out, it’s pretty darned easy today, and I have to wonder if there are transgender team members who are responsible for this fact.

For most cisgender people, the only time you’d think about changing your name is when you get married, and then it’s only your last/family name. Changing your first/given name may feel like a weird corner case, but it definitely won’t feel this way if you or someone you love is transgender. In that case, you understand and appreciate the impact of deadnaming, and you may well have experienced the struggle of making name and email changes in system after system after system.

Rather than going on with more examples, I’ll get to the point: If you have a more diverse team, you have a better chance of building a product that is better for more customers more quickly, and to ship the right thing sooner rather than later.

To me this is an obvious truth because I have seen it play out again and again, for good and for ill. Not everyone agrees. There are still people who use the term “diversity hire” as a pejorative. This summer the amazing intern working with my team was told by one of her fellow interns that the only reason she got the position was because she was female, and there was a quota[3]. Although some people[4] may be threatened by the recognition of the value of diversity, that doesn’t reduce the value in any way.

[2] The cloud identity that used to be called Live ID, after it was called Passport. It’s the email address you use to sign into everything from Windows to Outlook to OneDrive.

[3] Hint: It wasn’t, and there wasn’t. She was awesome, and that’s why she got the internship. I sure hope she sticks with it, because if I was half as good when I was 21 as she is, I would be ruling the world today.

[4] Typically the people who directly benefit from a lack of diversity. Yes, typically white heterosexual cisgender males. Typically people who look like me.

One thought on “Diversity of Background”